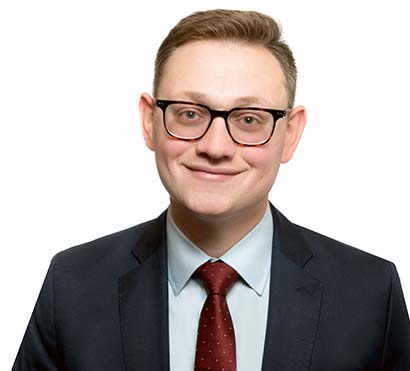 Franco is a native Victorian and attended the University of Victoria for both his engineering and law degrees, where he received the Law Society Gold Medal for finishing first in his class. After graduation, Franco clerked at the British Columbia Court of Appeal and articled at an intellectual property boutique in Vancouver. Franco then litigated complex intellectual property disputes for some of the world’s largest companies at a top-ranked law firm in New York City, before returning home to Victoria.

Meet our People
Scroll to top